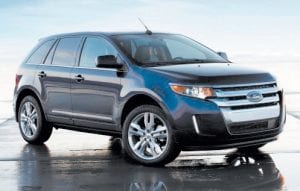 In an announcement boasting of greatly improved All-Wheel Drive (AWD) sales, Ford says it is capitalizing on the popularity of all-wheel-drive technology, with its AWD sales growing 72 percent since 2009, outpacing the industry growth rate of 53 percent.

In 2012, more than 20 percent of the industry’s new car and utility vehicles were sold with AWD systems.

“All-wheel drive acceptance continues to grow in the East and Great Lakes regions, as expected, but nationwide AWD sales have grown, particularly in the Pacific Northwest over the past six years,” said Erich Merkle, Ford sales analyst.

The increase in demand by American car buyers is seen throughout the country, as improved technologies like Ford’s intelligent all-wheel-drive system is keeping customers calm and confident on the road.

In fact, AWD is the number one purchase consideration for Ford customers looking to buy a small utility vehicle in the Northeast and Mid-Atlantic states – outpacing well-established factors such as reliability, value for the money and fuel economy.