Forgive me while I try to work through forgiving others 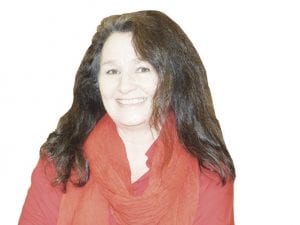 This is not a sermon; it’s just me trying to figure out something that’s been on my mind.

I’ve been pondering forgiveness. It started when I decided I needed peace, and I thought forgiveness would be a good starting point. When I really thought about it, though, I realized I wasn’t sure exactly what forgiveness meant.

Many people have hurt me; it happens to everyone. In most cases, I eventually get past the hurt. I’ve never thought of it in terms of forgiving. I just got busy with other things.

Some wounds are still fresh, though; and some are very deep. I struggle with those, and I realized I needed some guidance.

So, I googled “forgiveness.”

The first thing that popped up was a definition: “The act of forgiving. To forgive.” Not helpful.

Second was an entry entitled, “What is Forgiveness: Bible Questions Answered.” Of course! Who but God would be the ultimate authority on forgiveness? I was skeptical, though. I’ve been to church. I’ve heard sermons. That is, I’ve heard parts of sermons. My point is, all I ever took away from those was that I must forgive.

The question remained: What does it mean?

I clicked on the entry and started reading. I first learned that the Greek origin of the word means, “to let go.” Really? Just let it go?

Upon further reading, I learned that forgiving is like canceling a debt: “We forgive others when we let go of resentment and give up any claim to be compensated for the hurt or loss we have suffered.” I don’t want compensation. I want them to see the error of their ways, take their medicine.

I kept reading. “Trust that God will bring the person to account,” it said. Yes! God will exact vengeance on my behalf! I liked that idea, and in my head, a sing-song voice whispered, “Ooh, they’re gonna get it.”

Oh … wait. I may have missed the point.

I had to think about it for a while.

It wasn’t that I wanted vengeance, per se. At the same time, I didn’t want to think that the people who caused so much harm to me and many others could get away with it.

While I thought, I read on. The article said that the ultimate authority on forgiveness does not forgive people who are “guilty of willful, malicious sin and who refuse to acknowledge their mistakes, change their ways, and apologize to those whom they have hurt … and he does not require us to forgive those whom he has not forgiven.”

I don’t know if the people whom I’ve struggled to forgive are sorry, and I have no way to find out. From what I’ve observed from a distance, they haven’t changed. But that’s their journey.

There was a time when our journeys ran parallel. My feelings about how that ended are valid.

Now that I think about it, maybe I just needed to realize forgiveness doesn’t mean my feelings aren’t valid.