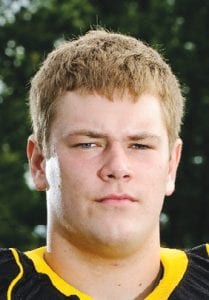 HOUGHTON
— Despite going 2-8 last year in the Great Lakes Intercollegiate Athletic Association, the Michigan Tech University football team still had several local players who were able to help the team climb its way to 7-2 for 2010, including Carman-Ainsworth grads Aaron Brandt and Mike Cardwell Jr.

As a redshirt, Brandt didn’t see any playing time during his initial collegiate campaign despite standing in at 6-foot-3, 275 lbs., traits that make the second year freshman an ideal candidate for an offensive line that helped score a mere 224 points last season, while the defense allowed 322.

“Aaron is battling for a starting spot right now as a redshirt freshman. The reason we recruited him was his athletic ability. We thought all along that, as an offensive lineman, you’ve got to be able to move your feet, and Aaron can definitely move,” said MTU head coach Tom Kearly. 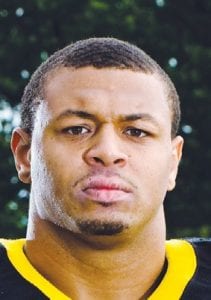 “We were excited to get Aaron. We knew a lot of other schools were interested in him and he even took a couple of other of visits, but in the end I think we had the education he wanted and that he and his parents felt this would be a good fit for him,” Kearly said.

Cardwell, who graduated from MTU after last season, was at the opposite end of his collegiate career in 2009, getting in on all 10 contests as a member of MTU’s defensive line. That allowed the senior to make nine solo tackles with seven assists, which included two stops for a combined loss of 16 yards, one sixyard sack and a fumble recovery. In 2008 Cardwell once again played in all of the Huskies’ games despite not starting any, this time making six solo tackles with 20 assists along with an 11-yard sack, one broken up pass and a pair of defensive stops that led to a loss of 11 yards.

“Mike had a knack for making the big play. Two years ago he had the gamewinning sack against Indianapolis and he was an absolute rock star, but he always had that ability,” said Kearly. “He may still have a couple of classes left, but Mike’s used up his athletic eligibility.”

Cardwell’s foundation for all this came by way of two-game showings in 2007 and ‘06 that featured a total of five assists, accomplishments that helped guide the Huskies to a mark of 22-20 during the former Cavalier’s time on the MTU roster.

“We’ve done very well with kids from Carman-Ainsworth. The young people we’ve brought in from from there have done a very good job for us and that’s a place we touch base with every year while recruiting,” Kearly said.

This Saturday MTU hosts Northern Michigan at 1 p.m. for its regular season finale’.