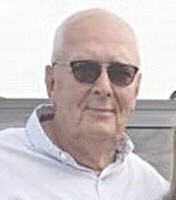 Hershberger, 69, was interred in a private graveside ceremony, April 20. In lieu of flowers, memorial donations may be made to Trinity Lutheran Church in Jim’s name.

Hershberger owned and operated Hershberger Heating for many years, then worked at Construction Code Authority for Lapeer County and for the last few years at Ace Hardware in Davison.

“Jim and I were on committees in Davison, he was a true Davison person,” said Larson. “He had a true love for Davison.

From his involvement in community, owning a business in the community and serving on the DDA (Davison Downtown Development Authority), he had a true love for the community.”

Larson described Hershberger as having a “crusty exterior” but added once you got to know him, he was a warm person.

“We didn’t always agree, but he was very respective of my point of view,” said Larson. “We would sometimes agree to disagree. I’m going to miss him as a friend – I’ll always remember him as a friend. He was a good guy.”

Genesee County Commissioner David Martin, (R-9th District), who served with Hershberger on the Davison City Council, said he considered him a good friend and colleague.

“Jim Hershberger was a committed, unwavering voice when we served together on Davison City Council,” said Martin. “I always enjoyed discussing principles versus the greater good with Jim over coffee or on the street. I surely will miss him as a sounding board. May God comfort his family.”

His obituary with Allen Funeral Home said Hershberger loved to fish and was always trying to catch the “big one.” He could fix or build anything, and his friends and family looked to him for help many times. His crusty, yet teddy bear soft, personality and wealth of knowledge will be greatly missed.