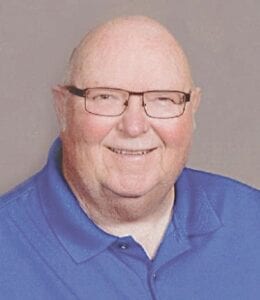 DAVISON — Eric Allen said he remembers his father Wayne as a gentle, kind and humble man who was always willing to help out his neighbors.

“By neighbors I mean anyone within his reach, whether it was help physically or monetarily,” said Allen. “He did what he could for them and as a funeral director, he helped out thousands of families with their struggles with grief and loss.”

Wayne Allen, 73, the former owner of Allen Funeral Home, 9136 Davison Rd., died Dec. 9 at Ascension Genesys Hospital. Allen retired from the funeral business in 2009, selling the business to sons Eric and Paul who continue to operate it today.

Eric Allen said his father was not only a kind person, but he was a great mentor who helped him learn about the funeral industry firsthand.

“There’s are a lot of things you don’t realize until working in the funeral industry,” he said. “Dad was one of the best mentors…through him I learned to take care of people.”

Following high school, Wayne entered the U.S. Army where he served during Vietnam from 1967 to 1970 in the 3rd Armored Division. He married his sweetheart, Margaret Bard, on Dec. 4, 1970, at Holy Rosary Catholic Church.

“Dad loved my mom…he loved us all,” said Eric. “His grandchildren played large part in his life the years after retirement his retirement on Aug. 1, 2009 when my brother and I took over operations.”

Wayne was interested in the funeral business since high school. He worked at Brown Funeral Home in Flint before entering the service.

Upon returning home from the military, he attended Mott Community College and served his apprenticeship at Reigle Funeral Homes. In 1974, Wayne graduated from Worsham College of Mortuary Science in Chicago, Illinois.

Wayne and Margaret owned and operated Allen Funeral Home from 1987 until his retirement in 2009.

“Community organizations would always come to dad and he was willing to help out,” said Eric Allen. “His work didn’t always allow him to be active, his family took priority, but he helped out where he could.”

Eric said he loved to hunt and fish, but those trips were secondary to spending time with friends and family on those trips. He had a cabin in Harrison he called “the Farm” and Eric said that was the place where he wanted to be.

When he died unexpectedly Dec. 9, Erica said he had his bags packed for a trip to the cabin.

“He was a humble man – he never flaunted anything,” said Eric. “He just wanted a new truck once in a while. He was just humble like that.”

Daughter Beth Desilets said she remembers her dad as being kind and generous – someone who always went above and beyond for other people.

“If the Boy Scouts were selling birdhouses, he wouldn’t buy just one, he’d buy a dozen,” she said. I just remember his kindness and smile; it was contagious.”

She said he dad often talked about his hunting adventures and fondly recalled his trips with his wife to such places as Hawaii, Australia and Russia.

Desilets said he was also fond of telling the hunting story of how he bagged a big Brown bear and also how much her enjoyed the cabin up north.

“That was a big part of our lives, the ‘Farm’,” she said of the cabin. “That’s how I picture him now — he’s sitting in his big chair on the porch up north telling the bear story.”

Desilets added Wayne never had anything bad to say about anyone and that he always saw the good in people, never judging someone about who they were or where they came from.

“We hope his legacy lives on,” she said. “He loved all his grandkids…to all of his grandkids he was papa. He was their number one.”

He was preceded in death by his brothers, Robert and Ronald; special aunts and uncles, Albert and Margaret Allen, Lorraine and Joseph Gillen. Wayne was a loving husband, father and grandfather and will be missed by all who knew him.