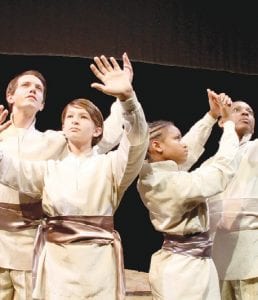 FLINT — Flint Youth Theatre’s production of Turning Points is an inspiring theatrical experience encouraging personal discoveries about life’s transitions from one stage to another.

Through the ages, rites-of-passage ceremonies have been deeply rooted in our global cultures and our individual human lives. But do coming-of-age rituals still have a place in our 21st century, technologically obsessed society? As the world’s melting pot, it often seems Americans have either forgotten them, rejected them or merely observe them routinely without reverence or a sense of their spiritual significance.