Margaret Kato retires after 15 years at the helm 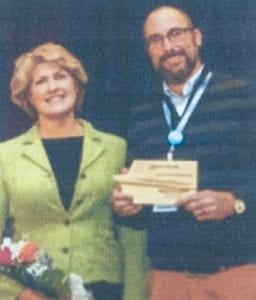 FLINT — Genesee County Habitat for Humanity (GCHFH) has announced Thomas Hutchison will succeed Margaret Kato as its executive director when Kato retires in February after 15 years at the helm.

Under Margaret’s leadership GCHFH grew into one of the most respected Habitat for Humanity affiliates in the United States.

Hutchison grew up in the Flint area before going to college. He earned his undergraduate degree at Western Michigan University and holds a Masters in electronic intermedia from the University of Florida.

Hutchinson worked on a number of high-profile lighting and exhibition design projects in New York City before moving back to Flint for good. He joined GCHFH on the construction staff in 2013 and started the Home Repair Program in 2015.

“l feel inspired every day by the work people are doing here, and constantly see examples of how, if you dig your heels in and keep your head down, you can really make a huge impact,” said Hutchison. “And I can’t wait to see what we’re able to accomplish over the next 30 years.”