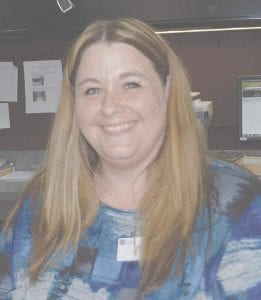 FLINT TWP — The Genesee District Library (GDL) has named Amy Houser as the new Flint Township-McCarty librarian, according to a press release. Prior to this position Houser spent 10 years as a library assistant for GDL.

Houser has a vision for the Flint Township-McCarty Library.

“I hope I am able to assist the senior community at the senior center next door, whether it’s getting what they like in large print or audiobooks, or connecting them to Homebound Services or the Talking Book Center,” she said,

According to Houser, the role of the public library is to meet the growing need that patrons and the public have for computer training, workforce development and early childhood literacy. She is also looking forward to building the book collection once she gets to know the patrons, and ordering materials that they request.

“The most important thing the library offers is access to information,” said Houser. “Access to computers, printing, books and media that they may not otherwise be able to access through any other means.”

Houser holds undergraduate degrees in Health Services Administration and Medical Administration from Baker College of Flint. Her Master of Library and Information Science degree is from Clarion University of Pennsylvania.