Get ready to Shop Small this Saturday 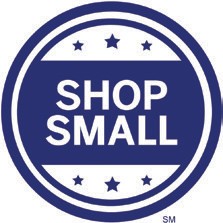 GENESEE COUNTY — The countdown to Christmas is officially on and for millions that means it’s time to shop!

Local merchants are joining forces once again this year to encourage consumers to shop local this holiday season, especially during Small Business Saturday, which is set for Saturday, Nov. 26.

American Express started this promotion in 2010, and it’s grown bigger every year — last year 95 million shoppers participated, heading out to local shops to find great gifts. The idea is to offer smaller businesses an opportunity to cash in on their own version of the Black Friday and Cyber Monday events that big box stores and online retailers participate in.

There are many advantages of shopping local including better customer service, less crowded shops, specialized items and more. Perhaps best of all, however, is that shopping local means a consumer’s money stays local.

Genesee County merchants are gearing up for the special day, but more importantly, want to remind consumers to shop small throughout the year. For more info on what local shops are doing this year see page19.