Get the kids out to play 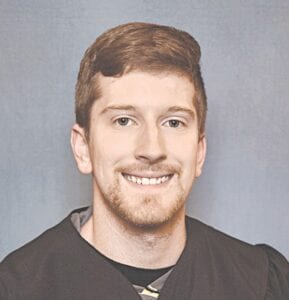 Before the dawn of the digital age, there was once a time when kids played outside in their yards. An era where a simple toy or a game of tag provided hours of entertainment for youngsters. An ancient world where children used their imaginations to amuse themselves, without the aid of smartphones and social media.

Growing up in the late 1990s and early 2000s, me and my friends found endless ways to entertain ourselves on a lazy summer afternoon. Kicking around little round hacky sacks filled with plastic beads. Dangling yo-yos from our fingers. Tossing a baseball back and forth. And, if we got totally bored, we could always wrestle each other in the grass. Archaic, yes. But fun.

Before I give my generation too much credit for being active, video games and TV did play a big part of our recreation time, and not everyone partook in outdoor activities. Like many kids from my era, I also dedicated a great deal of time to playing computer games and video games. At times, I think I overdid it. But I eventually learned to pry myself out of the seat, put the controller down and get outside to play sports, run or bike.

If there’s one difference between the kids of today and my era, it’s that we didn’t have quite as many technological distractions consuming our time. True, there were times when we were glued to the TV or the internet for too long, but many of us would eventually set aside time to get outside and get active. Most of us didn’t have cellphones yet and social media was pretty limited back then compared to what it is today.

Keep in mind, our parents were WAY more active than even we were. I love hearing my Dad’s stories about how he and his buddies would roam around the neighborhood back in the day—unsupervised, no less—and get into all sorts of (usually) harmless games and shenanigans from sunup to sundown. That’s the stuff of legend.

This might sound bizarre coming from a millennial, but too many kids are hooked on their devices these days. They’ve become so dependent on the features of today’s technology that they’re becoming less interactive with each other and less likely to play outside or engage their imagination in a simple but stimulating game or activity. COVID has complicated things too and forced kids into even more of a virtual shell.

Of course, there are still kids who get out and play in their backyards or the city parks, and there’s plenty of students who participate in sports. But many more aren’t getting active at all. Without delving deep into statistics, health issues like obesity and heart disease plague many of today’s youth in part because they’re not getting enough exercise.

Bottom line: We need get the kids outside to play, especially with warmer weather coming up. Even if it’s just for 30 minutes a day tossing a frisbee around or riding a bike. A little play, a little sunshine and a fun game with siblings or friends can go a long way to helping kids live healthier, happier and less dependent on technology for entertainment.

Ben Gagnon is a reporter with View Newspaper Group. You can contact him at bgagnon@mihomepaper.com.