Get your tickets now for C-A Education Foundation fundraiser 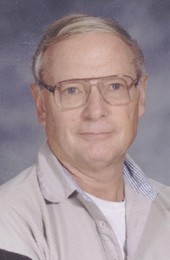 FLINT TWP. — In recognition of his 37-plus years of service, Richard (Dick) Lee will be the guest of honor at the 2nd Annual Carman-Ainsworth Education Foundation Community Auction & Raffle for Kids, 5:30 p.m. to 8:30 p.m., Friday, April 29, 2016, at the Holy Redeemer Family Life Center, 1227 E Bristol Rd, in Burton.

Carman-Ainsworth Education Foundation (CAEF) is a non-profit organization formed to raise funds to support innovative projects in the school district and to expand innovative learning opportunities for students and staff.

The annual “It’s for Kids” event will feature a strolling dinner/cash bar, silent auction and entertainment by The Fairlane’s and Deville’s, an “oldies” band with Carman-Ainsworth connections.

CAEF is asking a $25.00 donation per person, payable in advance to the Carman-Ainsworth Education Foundation. Send prepayments and RSVPs to:

All proceeds will go toward the Advancement of Educational Opportunities for Carman-Ainsworth Kids.

During the event, Dick Lee will be recognized for his extraordinary work and dedication to the Carman-Ainsworth Community Schools’ students and community.

A graduate of Alma College, Lee began his teaching career at Ainsworth High School in 1963. He was hired to run the theatre program and has directed more than 100 plays during his tenure. It was there he also began a decade’s long announcing career for swimming, wrestling, football, and basketball, including 22 years as a field announcer for Alma College Football.

In 1967 he moved to Carman High School, running its theatre program for 19 years. Lee served his country as a U.S. Marine then went on to earn his Master’s Degree from the University of Michigan in 1968.

He was a State Thespian Director for 10 years, a National Thespian Board Member for three years, and inducted into the Alma College Athletic Hall of Fame in 2001. His many Carman- Ainsworth roles include coach, class sponsor, Board of Education member, driver education teacher (30 years), Student Council sponsor, founding member of the Carman-Ainsworth Hall of Fame, and substitute teacher upon retirement in 2000. Lee also authored “The Golden Greek, An Action Biography of Claude J. Marsh” which will be available at the event for a small donation. He remains active in the Carman-Ainsworth and local community. He and wife, Linda, have three children and eight grandchildren. They are members of the Hope United Methodist Church.