Girls run past Lapeer by 26 points 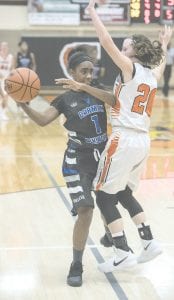 Carman-Ainsworth’s Jessiana Aaron passes the ball under the basket against Flushing on Nov. 28.

The Lady Cavs jumped out an 18-4 lead in the opening quarter and stayed hot to lead 41-16 by halftime. Lapeer outscored Carman-Ainsworth 19-12 in the third, but Carman-Ainsworth bounced back to put up an 11-3 fourth to close the game. 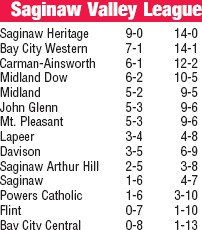 Strother led Carman-Ainsworth with 21 points. McQueen put up a double-double with 10 points and 13 rebounds.

The Lady Cavs remain third in a narrow top three race in the Valley. Saginaw Heritage sits atop the rankings, still undefeated, while Bay City Western is second, despite Carman- Ainsworth’s win against it last Friday.

Carman-Ainsworth, 12-2, is at Flint Powers on Friday and hosts Bay City John Glenn on Tuesday.