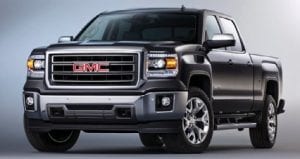 Detroit’s Big Three sales for the month of October continued on a positive roll as GM, Ford and Chrysler all posted significant yearover year gains.

General Motors dealers delivered 226,402 vehicles in the United States in October, up 16 percent versus a year ago. Fleet sales were up 14 percent, said GM spokesman Jim Cain.

“We are particularly pleased with our truck momentum. Chevrolet and GMC have the newest and best light-duty trucks, sales are accelerating and we are gearing up for the second, third and fourth phases of our strategic truck plan,” said Kurt McNeil, vice president, U.S. Sales Operations.

Buick total sales increased 31 percent and retail sales were up 25 percent for the 18th consecutive month of year-over-year growth. Cadillac’s sales increased 10 percent and have grown in each of the last 13 months, thanks to the all-new XTS and ATS, said Cain, adding that the SRX is on track for its best year ever. Retail sales were up 12 percent for the brand and more than 60 percent of buyers did not trade in a Cadillac. 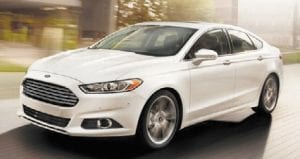 GMC was up 16 percent. The Terrain had its best October sales ever, Cain said.

Chevrolet was up 15 percent. Thirteen of its nameplates posted double-digit increases, including every SUV and crossover.

Deliveries of the Chevrolet Silverado and GMC Sierra were up 10 percent and 13 percent, respectively, from last year, while sales increased 62 percent from the previous month. The two vehicles accounted for about 76 percent of GM’s light-duty deliveries.

Ford’s October U.S. total sales of 191,985 vehicles were an increase of 14 percent over a year ago. Retail sales are up 15 percent, at 142,487 vehicles, said company spokesman Erich Merkle.

Gains were broad-based, with passenger cars up 19 percent, utilities up 9 percent, and trucks up 14 percent. 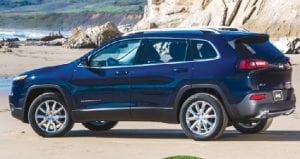 “The combination of great new products, such as Fusion and Escape, along with the strength of our dealers helped us achieve our best October retail sales month since 2004,” said John Felice, vice president, U.S. Marketing, Sales and Service

Fusion sales of 21,740 vehicles jumped 71 percent year-over- year, making it the car’s best-ever sales performance for October, Merkle said. The strongest growth for Fusion is in the west region of the U.S., with retail sales up 77 percent. In the eastern region of the country, Fusion retail sales are up 65 percent.

F-Series sales of 63,803 trucks are up 13 percent, making October the sixth straight month above the 60,000-vehicle mark for FSeries. The last time Ford sold more than 60,000 trucks for six consecutive months was 2006.

Lincoln MKZ sales of 2,909 vehicles increased 80 percent over a year ago, leading the Lincoln brand to an overall increase of 38 percent. MKZ has now reported record sales for six of the last seven months, attracting significant conquest buyers to the Lincoln brand.

Chrysler reported U.S. sales of 140,083 units for October, an 11 percent increase compared with sales in October 2012, and the group’s best October sales since 2007.

Overall, Dodge sales were up 12 percent, Jeep 7 percent, Chrysler brand 6 percent and Ram 22 percent in October compared with the same month a year ago

The Ram Truck brand’s increase was the largest sales gain of any Chrysler brand during the month.