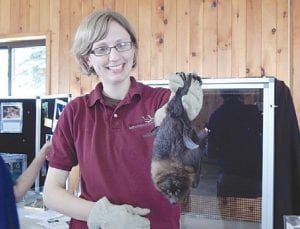 Michelle Maust of the Organization for Bat Conservation, which operates the Bat Zone at the Cranbrook Institute of Science, shows off Angus, an Egyptian fruit bat that was part of a live bat exhibit.

The American Pride Camaro, painted by airbrush artist Mickey Harris, was on display.

Mike “Flagman” Bowman of Flushing was recognize for his mission to run one mile for every American soldier who died in Vietnam. He’s logged about 58,0000 of his 60,000-mile goal. 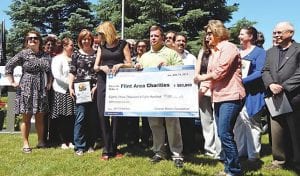 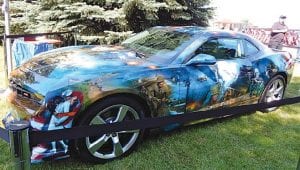 The American Pride Camaro, painted by airbrush artist Mickey Harris, was on display. 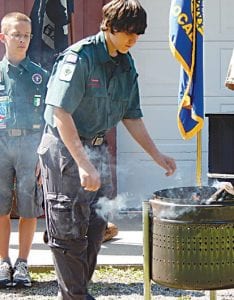 Boy Scouts of America Troop 368 from Grand Blanc demonstrated the proper way to burn and dispose of the American flag.