Go ahead, embrace your geekness on July 13 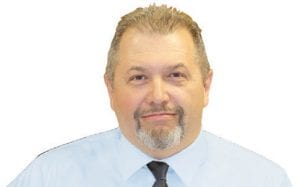 I have never been a fan of made-up holidays, especially those intended to generate greeting card and florist sales, but I came across this interesting “holiday” created several years ago by a website called Wellcat Holidays.

“Embrace Your Geekness Day” is July 13 and it is described as: “Into dungeon games, comic books and doing vampire dress-up? Spend endless hours going strange places on the internet? You’re a geek, and this is the day to roar!”

Well, I enjoyed games like Dungeons & Dragons in the past, I do like some comic books (though I’m more into watching the movie versions), I have never and will never dress up like a vampire (maybe for Halloween, if I couldn’t find a good zombie costume first) and since Facebook doesn’t really count as a “strange place” on the Internet (or does it?) I wasn’t sure if I could celebrate my geekness.

So I set out in search of the definition of “geek.” From what I found, a geek is someone who is: an enthusiast or expert in a technological field or activity. The Internet also tells me geek means: an unfashionable or socially inept person, or a knowledgeable and obsessive enthusiast.

OK, so I could be a geek. I ran through some other possibilities as well:

A nerd – an unstylish, unattractive or socially inept person: one slavishly devoted to intellectual or academic pursuits.

Nope, I don’t think that’s me, despite what I may have been called at times in high school.

Then there’s the word dork — a person who behaves awkwardly around other people and usually has unstylish clothes, hair, etc.

Sounds a lot like “nerd” without the intelligence. OK, so I was back to “geek” as the best stereotype for me and did some more digging to see if I could relate to anything this “holiday” was intended to represent.

I made a list of things I like that may seem geeky (or is it geekish?) and immediately the numbers started to rack up. Stuff I like — science fiction, comic books (I prefer to call them graphic novels), fantasy roleplaying games, Star Wars, Star Trek, Lord of the Rings, vampire movies, zombies, videogames, computers, the Internet…

I stopped there. It was pretty clear to me at this point that I am indeed a geek. Therefore I too can embrace my geekness on July 13.

For the rest of you who are dorks and nerds, I can’t help you out my brothers and sisters. I have been elevated to a higher plain of quirkiness. I have learned to balance my yin and yang so I can enjoy all things from the realm of fantasy and sci-fi, while putting aside social ineptness and bad style choices often accompanying such entertainment.

So when Embrace Your Geekness Day arrives July 13, I will be watching Star Wars, reciting the dialogue from memory, while playing with old Star Wars action figures (sorry, they are out of the box, not collectors items) and taking a break once in a while to read George R.R. Martin’s Game of Thrones books. I might even take in a few games of xBox, just for the heck of it.

So Live Long and Prosper, and until next time “Qapla!” That’s goodbye in Klingon, by the way. ggould@mihomepaper.com