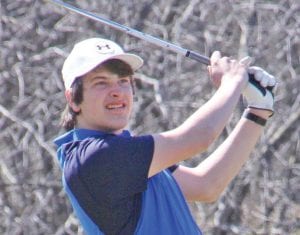 Flushing senior Joe Montpas was medalist with a 3-under-par 69 and grabbed one of the three individual qualifying berths, along with teammate Derek Black (76) and Troy’s Trevor Davis (74).

No. 3-ranked Grand Blanc won the team championship with a 309. Sixth-ranked Midland was second with 314 and Rochester Adams shot 319 to grab the third and final team berth in the state meet.