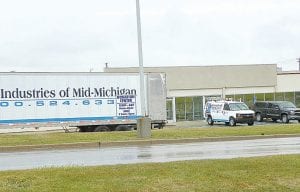 An attended donation trailer is set up outside the new Goodwill store on Miller Road as preparations are made for its mid-May opening.

FLINT TWP. — A more colorful Goodwill resale store slated to open May 14 is believed to be the first on the west side of Genesee County. It will replace the store at 3525 S. Saginaw at Bristol Road in Burton which has reached the end of its lease and will be closed May 12.

Angella Thompson, vice president of Retail Operations/Director of Marketing for Goodwill Industries of Mid-Michigan, said her research shows the new store at 4340A Miller Road, will be the first on the west side of town. Goodwill currently operates 14 stores in Genesee, Lapeer, Saginaw and Shiawassee counties.

“Statistics tell us that we need to be on that side of town,” Thompson said, adding that Goodwill has had great community response to a donation shed at the Kroger store in Swartz Creek and at an attended donation center at Corunna and Linden roads in Flint Township. 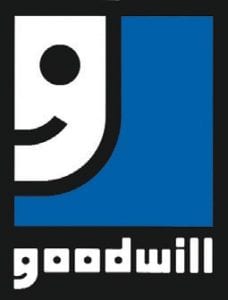 The 19,303 square-foot building is the second largest in the chain and in a prime location adjacent to David’s Bridal and next door to the Genesee Valley Center mall.

“It’s a great location. The sun, moon and stars all lined up,” Thompson quipped.

Brighter color will be one significant new feature at the Flint Township store. Instead of the longstanding deep blue logo color, the back wall of the new store is painted a vivid chartreuse green. Dressing rooms will be painted in the traditional blue color.

Because of the new store, the attended donation center on Corunna Road will close this week, Thompson said. A trailer has been set up in the parking lot at the new store to accept donations.

Thompson said a couple of jobs will be available at the new store but most personnel will be transferred from existing stores including the closing Burton location.

“While it is unfortunate that we’ve reached the end of our lease on South Saginaw and need to make a change, we know the new location will help us to better serve the entire Flint Community, which ultimately will increase our ability to fully achieve our mission,” Thompson said.