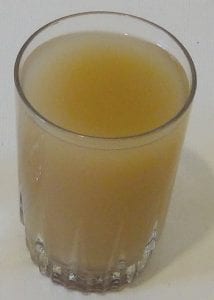 LANSING —Gov. Rick Snyder on Tuesday declared a state of emergency for Genesee County due to ongoing health and safety issues caused by lead in the city of Flint’s drinking water.

“The health and welfare of Flint residents is a top priority, and we’re committed to a coordinated approach with resources from state agencies to address all aspects of this situation,” Snyder said. “Working in full partnership with the Flint Water Advisory Task Force, all levels of government and water quality experts, we will find both short-term and long-term solutions to ensure the health and safety of Flint residents.”

In addition to the emergency declaration, Snyder activated the State Emergency Operations Center to coordinate state response and recovery activities. State agencies will report to the center to coordinate resources, assess the situation and begin providing assets to assist with local relief operations.

“Our staff recognizes the urgency of this situation and is already working closely with local officials,” said Capt. Chris A. Kelenske, Deputy State Director of Emergency Management and Homeland Security and commander of the MSP/EMHSD. “We will continue to collaborate with state, city and county leaders to coordinate relief efforts, streamline communication and use all available resources to help residents.”

On Jan. 4, Genesee County declared a “local state of emergency,” which activated local emergency response and recovery plans. By requesting a governor’s declaration, the county has admitted local resources are insufficient to address the situation and state assistance is required to protect public health.

The city of Flint has been under a local emergency declaration since Dec. 14.

The SEOC is the emergency operations center for the state of Michigan. Located in Lansing, the center is overseen by the MSP/EMHSD and coordinates response and recovery efforts by state agencies and local government. The SEOC is staffed by members of state agencies and other partners for decision making and information coordination during disasters or emergencies in the state of Michigan.

“This is an ongoing public health emergency in Flint that requires state action. Governor Snyder declaring an emergency will hopefully mean additional state resources to help the city and Flint residents recover from this terrible crisis. A state-appointed emergency manager made the decision to switch the city’s drinking water source, and the state must act without further delay to help the people of Flint who have suffered lead exposure.” — Bill Petzold