Government may have got bin Laden, but issues remain 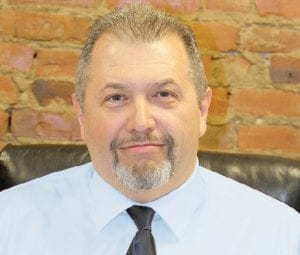 First let me say hearing the news that Osama bin Laden had been killed by U.S. forces Sunday night brought a sense of relief and pride. It has been a long time coming and, as always, our soldiers conducted the operation with great efficiency and bravery.

The mastermind of 9/11 is dead. The nearly 3,000 people killed by his planned attacks on the World Trade Center, Pentagon and several hijacked airliners have been avenged and there is finally some justice to be had.

We all have reason to proud of our nation’s efforts to get bin Laden and especially in the 24 U.S. Navy SEALs who attacked the compound and killed bin Laden in a 40- minute gun-battle. They are true heroes and deserve the credit they will probably never publicly receive.

That said, I have one criticism of this entire operation and it has nothing to do with the men who led the attack — it is directed at the Obama administration in the way it handled the aftermath of the bin Laden’s death.

Why didn’t they show the American people the proof bin Laden was dead? Why did they bury him at sea so quickly? Everything in this scenario seems to have played out very smoothly — almost too smoothly.

It leaves a lot of unanswered questions and I think in all fairness to the American people there should have been more evidence presented so people can’t sit here, like I am right now, and pick this whole thing apart.

I’m not accusing anyone of lying or misleading the public, I’m just saying we should have been shown the evidence that Osama bin Laden was dead. Don’t whitewash it. He’s dead and there was people celebrating in the streets. Show them so they can see with their own eyes so when the celebration is over there is closure.

From history we know how easily the public can jump to conclusions about events such as these. For years there was the Grassy Knoll theory in the JFK assassination where there were those who claimed there was a second shooter in Dallas that day. There has been a movement that claims 9/11 itself was manufactured by the Bush administration to provoke the war on terror and we know for a fact there were lies about the WMDs in Iraq to pave the way for the U.S. invasion.

The bottom line is — people don’t trust the government. I don’t care which party controls the White House, people don’t always believe what their elected officials say, especially at the federal level. And often it is with good reason.

There should have been some sort of verification for the public — photographs, videotape or maybe a third party means of verifying he was dead. A civilian doctor or scientist who could have reviewed the evidence, DNA or otherwise, to say conclusively Osama bin Laden is dead.

By not doing so the administration has opened the door wide for conspiracy theorists. Honestly, there will always be those kinds of people, but taking away as much of their ammo now would have made the victory much more solid.

All we have heard is the president say “we got him” and then we find out the body has been dumped into the Arabian Sea from an aircraft carrier just hours later. I can’t believe no one had the foresight to make the verification of the dead man’s identity as open to the rest of the world — especially this nation — as they could.

I guess we just have to take their word for it.