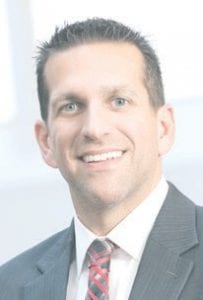 Grant joined McLaren Health Care in December 2014 as the president and CEO of McLaren Oakland. In this position, he also had management responsibilities for the McLaren Clarkston campus located in Independence Township in northern Oakland County. During his tenure at McLaren Oakland, he achieved success in growing volumes and market share and improving the clinical and financial operation of that acute care facility. He oversaw the acquisition of a physician-owned urgent care clinic in Clarkston and transformed it into a freestanding, full-service emergency center that serves in excess of 24,000 visits a year.

Prior to his role at McLaren Oakland, Grant enjoyed a successful, 20-year career in health care management at the Detroit Medical Center (DMC) where he held a number of positions of increasing responsibility. He served as chief operating officer at Children’s Hospital of Michigan, a DMC subsidiary. Prior to that, he was the vice president for several service areas at the DMC, including their cardiovascular institute. He was also an administrative director of ancillary services, including radiology, respiratory therapy, neurology, electro-neurodiagnostics and a pediatric sleep disor- ders laboratory. His early background includes experience as a technologist in PET, MRI and nuclear medicine imaging.

“McLaren Flint has a longstanding reputation as a leader in providing high quality clinical care and innovation to the communities it serves,” Grant said. “I believe that there are many substantial opportunities to grow and expand our services. I look forward to working closely with the medical staff, management team and employees to develop and implement clinical and operational strategies that will ensure our success moving forward.”

Grant holds a bachelor’s degree in nuclear medicine from Siena Heights University and a master’s degree in health services administration from Central Michigan University. He serves on the board of directors of the Midwest Chapter of American College of Healthcare Executives, and he has multiple professional affiliations, including the Michigan Healthcare Executive Group and Associates, Society of Nuclear Medicine and American Healthcare Radiology Administrators.