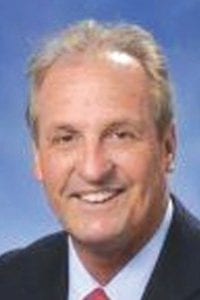 GENESEE COUNTY — At the Aug. 7 primary for the 51st District House of Representatives seat, incumbent Joseph Graves won the Republican nomination with 80.86 percent of the votes and 3,858 total votes.

“I am grateful for the support of everyone who went out and voted for me today,” said Graves, R-Argentine Township. “I remain committed to jobs and public safety and have a lot of work left to do as state representative on these issues. While today’s victory feels great, I will continue knocking doors and talking to constituents about what issues are going on in our district leading up to November”

In a recent View Newspapers candidate questionnaire, Graves said the two issues that need to be addressed in his district are high unemployment rates and violent crime.

“I strongly believe our reputation of violent crime deters businesses from moving to our community. We have to make public safety our top priority,” he added.

Graves also said in the questionnaire that more needs to be done in the area of education and development of a trained work force.

“The reality is not all kids will go to college and vocational training is either non-existent or under-funded. We need to offer a path and education system for both,” he added.

There was a total of 4,771 votes cast for the Republican 51st District House of Representatives nomination, with 21 write-in votes.

“Too few individuals are making the decisions for too many. We need to bring honesty and integrity back to our political system. We need to give our citizens the ’want’ to vote,” he added.

There was a total of 3,304 votes cast for the Democratic 51st District House of Representatives nomination, with 8 write-in votes.