Greater Opportunities to ‘Be a Tourist in Your Home Town’ 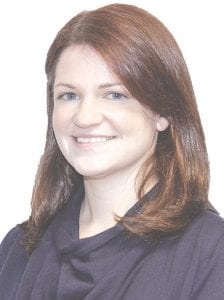 For the previous six years, the Flint & Genesee Convention and Visitors Bureau (CVB) hosted a daylong event to expose residents and non-residents to some of the wonderful attractions and venues we have in our community – and all for only $1. The event, called “Be a Tourist in Your Home Town,” attracted more than 1,000 patrons annually for a Saturday excursion with stops in downtown Flint, For- Mar Nature Preserve and Arboretum, and numerous destinations in between.

This year, the CVB added a new twist to the old favorite. In place of a one-day event for visitors to experience more than two-dozen venues and attractions, “Be a Tourist” has been expanded into a half-year campaign with themed, one-day tour packages from May to October. What’s more, the tours are now free (except for the Craft Beer Scene tour in June; more on that later) and MTA still provides complimentary transportation.

Some of my favorite things about the new format is that it expands the opportunities for our “tourists” to see the great things around them in more than one day and they can pick themes that are most appealing to them. The smaller groups, as we learned on Saturday, also fostered camaraderie among the participants and more personalized attention from the staff.

These adjustments are based on feedback that the CVB has received over the years. So, the redesign is a great example of listening to our customers and being innovative in our response to their interests.

I also love that the tours will travel farther now! Genesee County is filled with great entertainment, restaurants, attractions, recreation options and other “hot spots” that collectively define what makes Flint & Genesee a great place to live, work and play. Not being constrained to one day, and limited travel time, allows the CVB to paint a much richer, detailed picture of the whole county, not just our beautiful urban center.

In addition, the changed format has spurred lots of conversation and ideas about how to feature more places, amenities and communities throughout the year, which is a great demonstration of the pride and energy that we already have and our appetite for trying new things.

From a strategic standpoint, the CVB, along with the Flint & Genesee Chamber of Commerce, has a goal to “improve the perception of Flint & Genesee to increase tourism and drive business in the region” and that starts with us – the residents. When we are aware of the great things that our community has to offer, we say good things to each other and we serve as great ambassadors to people we encounter from outside of our area.

The next tour will be held June 15 and will showcase Flint & Genesee’s emerging craft beer scene. This one is for the 21-and-older crowd and costs $20, with transportation provided by Blue Lakes Charters.

It is sure to be a hit, so register early by visiting flintandgenesee.org/be-a-tourist-inyour home-town-series/. You can also learn about the other tour packages that are planned for later this year.

Kristina Johnston is the chief operating officer of the Flint & Genesee Chamber of Commerce.