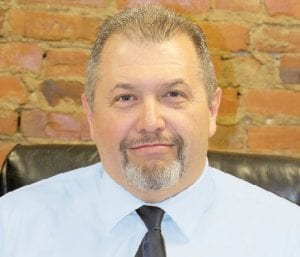 I’ve noticed some hot topics among friends, readers and the community in general lately and the discussion seems to show there’s a growing frustration among people.

Three topics near and dear to the hearts of people seem to be rising gas prices, disgust over the political landscape and the growing issue of crime in this community.

These subjects are quick to bring a heated response from almost anyone you ask and it points to a general growing frustration out there suggesting people think the system is broken and it needs a major overhaul.

They were edging up for awhile, then took a leap up above $4 a gallon a few weeks back before trickling back down to the $3.60-$3.70 range. By the time this is published, word has it they’ll be back above that mark for the Memorial Day weekend.

Two things I hear from a lot of people is why are gas prices are so different from one side of Genesee County to the other and how do we make oil companies and politicians understand our frustration?

Personally I’ve never understood the rationale behind finding gas 10 or 20 cents cheaper five miles down the road. Much of what I see seems to suggest wealthier communities, or those areas near expressways, pay more for gas. Basically you’re paying more for the convenience and while some people will drive five miles out of their way to get a deal, many will pay the higher prices.

As for getting those in power to understand our frustration with rising gas prices, there are only two ways to do that — support political candidates who are serious (and not all talk) about alternative fuel sources and bite into the oil company profits through better conservation.

People are frustrated, and in many cases downright angry, at the political landscape in

Michigan and the nation. I could probably write an entire column on this subject but

I’m going to keep it short. Not everyone, but many, no longer feel their elected officials are serving them well.

Here’s my suggestion. We as a people need to push for a return to grassroots political action. The candidate with the most money should not be the one winning elections. It should be the person who makes the effort to get out and meet the people and listen to what they’re saying. And stop voting straight party ticket and start looking at everything the candidate has to offer.

Flint is once again on top — of the nation’s list of Most Violent Cities. On a per capita basis, Flint now outranks major cities like Detroit and New York in the number of violent crimes committed.

Non-violent crimes, like larcenies, breaking and enterings and retail fraud are trickling down into the suburbs and every community is struggling with it. What’s to blame? Economics in my opinion. Genesee County and the state of Michigan in general is still suffering through hard times and people are turning to crime.

The only fix for this goes back to the issue of politics. In order to take back our neighborhoods we have to first take back the political system. Until we do that we’re going to continue to struggle with crime.