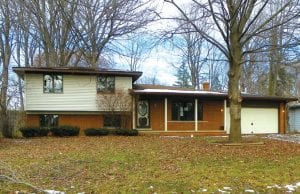 FLINT TWP. — A new life for a vacant house on Trotwood Lane was endorsed and supported in a resolution approved by the Flint Township Board of Trustees at its Jan. 7 meeting.

The request for approval sought by Genesee County Habitat for Humanity (GCHFH) is needed to seek federal funding through the Genesee County HOME Program Project, under the U.S. Department of Housing and Urban Development.

Administered locally by the county Metropolitan Planning Commission, the purpose of the HOME program is to increase the supply of decent, safe, sanitary and affordable housing for low and moderate income households.

Habitat for Humanity has participated in the program previously, said Margaret Kato, executive director of GCHFH, who was present at the board meeting to answer questions and collect the resolution after it was approved.

The 2013 HOME application specifies the house on Trotwood and three other suburban properties — on Adams Street in Burton, Potter Road in Flushing and Moore Street in Davison.

The homes came to GCHFH through a partnership between Bank of America REO and Habitat for Humanity International, Kato said.

The Trotwood home is about 1,500 square-feet with three bedrooms and one and half baths.. Total repairs including acquisition is estimated at $55,000 and will include mostly minor repairs and upgrades to electrical, plumbing, mechanical systems. Some work on kitchens and baths will be done. Insulation will be added to ceiling and walls. Landscaping, tree trimming and some roof repairs also will be done.

GCHFH has an open application process for eligible families but potential families for the home have been approved, she said.

The projected move-in date is late June or earlier depending on when work is completed, she said.

Proposed HOME projects require support of local communities, which is why a resolution was needed from the township board.

Kato said some preliminary work has been done on the properties such as pulling permits but actual physical work will not begin until after final funding approval is received, from the Genesee Board of Commissioners, hopefully on February 20.

The HOME Program was created under the Cranston-Gonzales National Affordable Housing Act of 1990. Under it, Genesee County is awarded funding to be utilized only for housing activities including new housing construction, housing rehabilitation, reconstruction, site improvements, acquisition of property/vacant land, demolition, relocation costs, and project related soft costs.

Participation in the HOME Program is open to Individuals, for-profit entities, and non-profits.