Had enough of election yet? I have 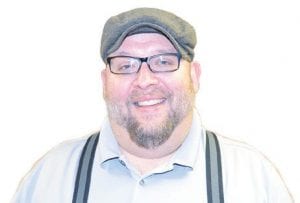 The media has only been at it for two years now, hyping up this vote as though it’s the end of all humanity, and we’re just a scant five months from Election Day.

So who are you voting for? Ha, just kidding. Please don’t tell me. I won’t tell you either … I don’t want you to start berating me and calling me names and flooding the office with emails and letters about what a stupid moron I am. They hired me. Trust me, they already know.

I am frankly so sick and tired of this hoopla, this nonsense, this dog and pony show, this bad car accident you can’t look away from.

What baffles me is that we have nine varieties of lettuce in the supermarket, along with four organic varieties. For your salad you can choose iceberg, romaine, leaf lettuce, butter lettuce, spring mix, baby spinach, iceberg premix, and several others. For the office of president of the most powerful nation in the world: you may choose between this moldy old orange or this withered rutabaga with a dead mouse in it.

Seriously, there are 318.9 million people in this country and these are the best candidates we can come up with? At a time in history when inflation and wage disparity are putting an economic hurt on the middle class, we get to pick between a rich guy with more money than brains and a woman who is in cahoots with our corporate overlords. That’s like asking whether I’d rather be burned to death or boiled in oil.

It’s like going to a restaurant that only serves liver and black licorice. Oh sure, you diehards can tell me “Oh good old liver!” or “Delicious, I love black licorice!”, but the truth of the matter is that we’re all going home hungry unless we stop at McDonald’s.

The whole thing is becoming more absurd by the day as battle lines are drawn on Facebook. I wonder how much productivity has been lost while people post memes promising their friends that “If I haven’t offended you yet, just wait!” I guess I don’t see the cleverness in insulting people that are your friends. At the same time, considering how horrible this candidate selection is, it’s amazing that people are still stumping for Liar A or Liar B — willingly blinding themselves to the skeletons in their preferred scumbag’s closet while rabidly attacking the shortcomings of his or her foe.

Is it just me, or does it feel like we’re all being played? Maybe it should tell us something that the great thinkers in our country, the truly great businessmen and the great leaders are all AWOL from this race while we watch two knuckleheads play Rock ‘Em Sock ‘Em Robots for the presidency.

In the age of IMAX 3D and a ramped-up schedule of eye-glazing superhero films, it’s obvious that we enjoy illusions. We enjoy the illusion of security until the next mass shooting occurs, we love the illusion of intelligence that our smartphones give us — and now it seems we are faced with the illusion of choice.

If you really want to make this country a better place, use your manners. Hell, use your turn signals. Say thank you. Hold the door open for people at the store. Help someone carry their groceries to the car.

The idea that any of this election brouhaha will have any over-reaching effect on me or my life is laughable. I’m just ready for all the shouting to be over. bpetzold@mihomepaper.com