Halloween celebrations across the globe 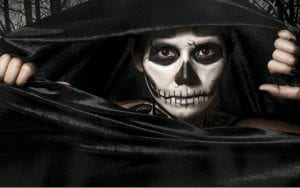 Costumes and trick-or-treating are not part of every country’s Halloween celebrations.

Candy, time spent with friends and colorful costumes make Halloween a day to be enjoyed by children and adults alike. Halloween also can be a lucrative time of year, as the National Retail Federation notes that Halloween spending equals roughly $6.9 billion each year. But as popular as Halloween seems, many countries do not celebrate the holiday.

In Scotland and Ireland, traditional customs of Halloween include dressing up in costume or ‘guising.’ Parties may be held, and some people have bonfires or set off firework displays. Filipinos meanwhile return to their hometowns and purchase flowers and candles in preparation for All Saints Day, which takes place the day after Halloween. In China, the Halloween festival is known as Teng Chieh. Food and water are placed in front of photographs of family members who have passed away while bonfires and lanterns are lit in order to light paths for the spirits as they travel the planet on Halloween night. In Latin America and Mexico, Halloween is known as ‘El Dia de los Muertos.’ Translated as ‘the day of the dead,’ Dia de los Muertos is a three-day celebration that begins on the evening of October 31 and culminates on November 2. It is more a celebration of departed friends and family members than a chance to get hordes of candy.

In France, Halloween was relatively unheard of until the mid-1990s. It was considered an American holiday and not celebrated. However, the draw of parties and costumed festivities led some French to embrace certain components of Halloween.