Halloween, my favorite time of year 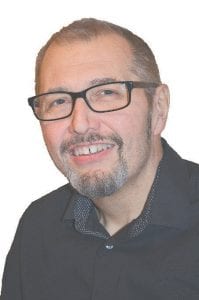 I ’m a Halloween fanatic. I have always loved this time of year, maybe even more than Christmas, because there’s just something about jack-olanterns, black cats and witches I find to be a lot of fun.

I’ve always had a thing for Halloween. As a kid my mom used to put up Halloween decorations around the house and I would get up in the middle of the night, sneak out of my room into the rest of the house and I’d enjoy all the simple cardboard Halloween pictures, skeletons, skulls and vampires she’d have taped to the walls, illuminated by plastic jack-o-lanterns lit by light bulbs inside.

It was fun being scared.

Trick or treating was always fun as a kid. I was die hard about it, even going out in the pouring rain more than once to go door-to-door in search of candy. As I got older trick or treating died off for me and it was Halloween costume parties. I hosted a few in my day, spending weeks assembling just the right costume for one night of holding a party.

Then along came my own children. My daughter was born in the month of October so even when she was just a few weeks old, she was dressed up and taken trick or treating to the doors of just family members. Mom and dad, of course, enjoyed the goodies at that age.

As my daughter grew up, it was often her grandmother, my mom, who made her costumes. She was a Teletubby one year, and a lion, and I remember one year she was Hermoine from the Harry Potter books, her grandma knitting her a maroon and gold scarf to wear with her store bought costume.

For my son, he was into total boy costumes – he was Darth Vader, a ninja, Freddy Kruger from A Nightmare on Elm Street and one year, he was Ghostface from the Scream movies. His first-year trick or treating I remember him being unable to contain himself, running to people’s doors and barging into their homes — not in search of candy, but of a family dog he could pet. It took a little work to get him to stop doing that, but he finally understood Halloween meant trick or treating for candy, not dogs.

With grown kids now, Halloween continues to be my favorite time of year. I no longer take kids trick-or-treating, but instead I spend it watching classic horror movies in the safety of my home.

As I think back on what Halloween has meant to me over the years and as I recall all the fun I’ve had, I will not rule out fall hayrides, scary haunted attractions and the traditional carving of the family jack-o-lantern. I have plenty of great Halloween memories and I hope to make many more in the years ahead.

This column is a reprint from 2014. Gary Gould is the managing editor of The Davison Index and View Newspapers. Contact him at 810-452-2650 or email at ggould@mihomepaper.com.