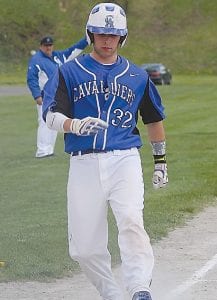 FLUSHING — While the Carman- Ainsworth varsity baseball team had the good fortune to draw a bye for the first round of the Michigan High School Athletic Association championship tournament on Tuesday, so has every other team assigned to Flushing district No. 3-1. That turned out to be a good thing as rain canceled most pre-district rounds across the area.

That means the Cavs, 10-15 overall, 8-4 Saginaw Valley League, won’t have any extra advantage when they face Kearsley, 12-14 overall, 5-8 Flint Metro League, in game two of the semifinals on Saturday.