Harley Bike Night is back 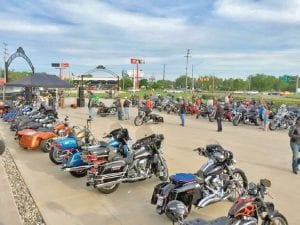 The paved concourse in front of the Vehicle City dealership includes ample space for bikers to park and mingle in front of a stage featuring live performances by area bands.

Cybil & the Beast are set to kick off the first in the series from 6 -9 p.m. Friday May 6 at Vehicle City’s outdoor concourse and stage off Miller Road at the I-75 freeway.

The event will begin with a Blessing of the Bikes by Flint Christian Motorcycle Association.

Coming up next will be Forte’, from 6-9 p.m. on Friday, May 13. The event will include giveaways and a bike wash.

Rook will be the featured band on June 3 followed on June 10 with a repeat performance by Midnight Train. 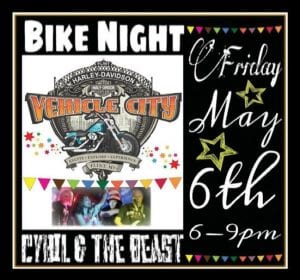 Forte’ returns for another set on June 17 followed on June 24 by Midnight Train.