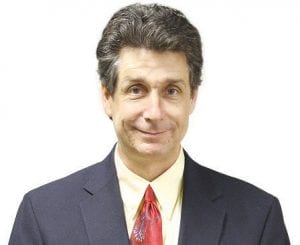 Recently I planted a flower at the base of my dad’s gravesite, and for the first time saw his name on a plaque marker. I traced the raised letters of his name on an otherwise cold piece of metal. It kind of hit me again, he’s gone.

My dad died in February. I think of him often, in many ways and often while doing everyday things. While planting bushes in the yard the other day I could hear his advice on how to dig the hole right. Though he wasn’t physically able to fish anymore he did so through me. And about this time of year is when the silver bass make their return from Lake Huron down to their spawning grounds in Lake Erie. For anglers along the Detroit River, spring means “great fishing” and I miss those great times catching ‘em as fast as we could cast and reel them in.

I haven’t been out to fish yet, and I can’t wait to get out to their city park and throw a line in. I will always feel a connection with him along the pile-driven steel breakwall where we caught bass, northern pike and even a walleye or two all the while talking about issues of the day.

The same call to the water is also bittersweet this week as my buddies and I said goodbye to a friend who took his own life two weeks ago in the garage of his suburban Detroit home. Together we spent a lot of good times fishing from his bass boat on Lake St. Clair and the Detroit River, catching fish within feet of where my dad and I would fish from the shore. I later talked him into scuba diving.

This tragedy has left me subdued and lethargic. I know people who have lost a loved one to suicide, and to the deep sorrow it has caused them. But it was always someone else, someone I knew distantly.

When a loved one dies, like my dad, I’ve had my own grief process that I’ve come to terms with. When a friend commits suicide, though, it’s a lot more complicated. In the hours and days after my friend took his life, I’ve been on an emotional rollercoaster of shock, anger, sadness but the worst is the guilt. Because I thought I knew him so well and thought he could trust me to talk about anything I’ve been consumed by guilt, wondering if I could have done something to prevent this from happening. How could I have missed the signs?

Less than three feet from me here at the paper is an emergency channel scanner and I frequently hear reports of “suicidal subjects” that require police and medical response. Financial stress, family dysfunction, alcohol and substance abuse and the lack of hope for a better tomorrow are a toxic stew that ends in tragedy far too often in our community.

From my humble place in life I appreciate there is usually a stigma attached to suicide. And a as a suicide survivor we often bear the brunt of the shame. Added to this is discomfort and awkwardness. People just don’t know what to say to you, so they stay away.

This adds to feelings of being deserted and further complicates one’s grief. Suicide can also lay waste to family dynamics and leave a family in shambles.

I know that some days will be better than others, possibly even for years after my friend’s death — and that will be OK. Healing doesn’t often happen in a straight line. I know that following my dad’s death.

One day at a time.