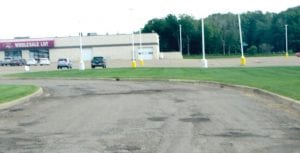 Health Source Boulevard, a connector street between Corunna and Linden roads, is in need of repair.

Health Source is a connector street between Corunna Road and Linden Road that mainly provides access to the Pasty Lou Williamson dealership and Health Plus.

Township Supervisor Karyn Miller asked the board to approve the cost increase but said she had not yet consulted with the businesses about their share. 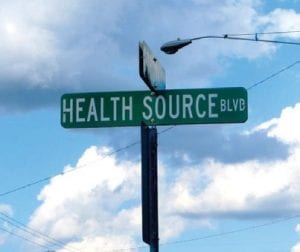 Trustee George Menoutes questioned if the township would be liable for the additional cost if the businesses did not agree to pay the increase. Miller said she had in writing their agreement to pay 20 percent of the previous estimate.

Miller said she needed the board’s decision to send back to the Road Commission as soon as possible in order to start the work this year.

Trustee Barb Vert moved to postpone the decision until board members received corrected amounts each entity agrees to pay on the revised bid.

Last October, the board approved a new cost estimate of $161,000 including $140,000 for bituminous cold milling, resurfacing and reconstruction of the 0.24-mile roadway and $21,000 for engineering and inspection costs. The road commission agreed to pay 27 percent of that cost with the township responsible for 73 percent. However, the township has a rider agreement with Patsy Lou and Health Plus to each pick up 20 percent of the cost over a two-year period. That agreement reduces the township’s end cost to 33 percent, which was up slightly from 2013.