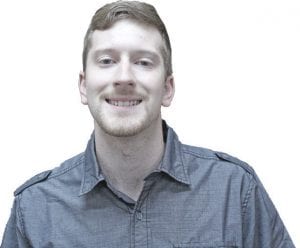 The final day of February has arrived, and I’ve come to a strong, definite realization: I am totally hyped up for the arrival of spring…and totally done with winter.

As a life-long Michigander, I’ve grown conditioned to our state’s winter climate— complete with its heavy snowfalls, frigid temps and long stretches of sunless days. But after a while, I reach my limit…usually the week after the Super Bowl in early February.

The thing is, I get excited by the onset of winter weather in late November/early December. Perhaps it’s because the Christmas season is in full swing. A nip of cold air and snowflakes just seems appropriate and satisfying around the holidays.

But by mid-February, the holiday nostalgia has long worn off, replaced by cold hard reality (pardon the pun).

For me, the toughest part about winter isn’t the cleaning out stage. Growing up on a farm with a long, winding gravel driveway, I’ve had plenty of experience with shoveling, snow-blowing and ice-chipping. Rather, my biggest issue with winter is just how unpredictable it can be. Prolonged below-zero stretches, sudden blizzards, rain/snow mixes…

That gets me bummed.

This year, Old Man Winter has thrown just about everything at us: a polar vortex, an ice storm and some good old-fashioned snow squalls to boot. To top it off, a “bomb cyclone” ripped through the area over the weekend, producing wind gusts up to 60 mph and whiteout conditions.

In other weeks, we’ve gotten slammed with a vicious freeze-thawfreeze cycle: the temperature will rise above freezing, then plunge below zero. Of course, that’s done a number on our roads. Not to mention the episodes of freezing rain/ sleet/snow.

I know some readers are thinking “Ah, just get over it, Ben. It’s Michigan.” And you’re probably right.

Then again, I can’t help but get frustrated by the winter weather’s effect on my everyday life. For instance, I went without garbage pick-up for five weeks through the polar vortex/snow storm stretches. And periods of freezing rain turned my snow covered back roads into nearly impassable sheets of ice several times.

As a resident of the Mitten State, I’ve come to realize that winter will occupy nearly a quarter of my year. That’s the reality of living in this climate. And for about two-and-ahalf months, I’m okay with it.

But when the calendar flips to mid-February, I start counting down the days till spring. I look forward to being able to step outside without a coat, get my bike tires aired up and enjoy some much-needed outdoor recreation time. There’s also nothing quite like listening to the melody of birdsong filling the spring air and seeing wildlife emerging out of hibernation.

For the record, I don’t hate winter in its entirety. I just get antsy when it becomes too harsh and lasts too long.

Thankfully, spring is just around the corner. What a relief.

Ben Gagnon is a reporter for View Newspaper Group. You can contact him at 810-452-2661 or at bgagnon@mihomepaper.com.