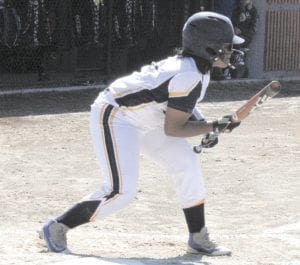 Softball teams may find their seasons canceled because of the coronavirus. File Photo

GENESEE COUNTY — While all high school student-athletes endure the remaining two weeks of the state mandated no school, no practices that is part and parcel of the coronavirus pandemic, coaches are trying to help their athletes stay in game shape. That plan became even more important as Gov. Gretchen Whitmer issued a Stay Home, Stay Safe order that last at least three weeks through April 13. That extends the state-mandated school closure order that was expected to end on April 6.

We asked several of the area high coaches for specifics on what their athletes might be doing individually, or in socially distanced small groups.

Goodrich soccer coach Evan Huizenga is a prime example of what most varsity coaches are looking at as far as their season and what their athletes are doing.

“While we are on break, I would bet every coach is encouraging players to remain active, but to be safe in doing so. We need social distancing, but that does not mean that we cannot go for a run by ourselves, it just means that we should not have a crowd like the Crim when we go for a jog.”

Huizenga also hit the nail on the head as far as what each team could look like.

“As for our return to Spring Athletics, I am ready for a game…. Not really prepared for it, but just ready to let the players play. We will all look a bit sloppy, but if the players remain active and they give us the green light to play games immediately following the State of Michigan School Closures, then we play!”

One of the larger problems, as Huizenga pointed out, is that some teams have not seen everyone tryout. With the winter season being suspended, boys’ and girls’ basketball were still in the playoff segment of their season with girls’ teams in the regional round and the boys’ teams in the district finals. Therefore, those players have not even considered what their spring season could look like. They’ve no doubt had plenty of time to contemplate that now.

“We made it through our try-out period, but we are not yet concrete with our rosters,” noted Huizenga. “We had players absent, ill, etc. (still playing winter basketball) that were not with us, but we can iron that out when we return, but for the most part we have teams selected.”

“Spring coaches are used to adjusting practices and contests affected by the weather. The difference is with the weather I can look at a forecast and make adjustments, but with this virus no one can accurately forecast its end,” Schmidt said.

“We had over 100 boys and girls at our four practices. As coaches we were really excited about this season. I feel bad for our seniors. We have a number of kids who have dedicated three seasons as members of our track team. Underclassmen will have another year, but seniors only have this year left. It might be the last time they ever get to be part of a team.”

With Gov. Gretchen Whitmer’s new announcement of a Shelter in Place Executive Order Wednesday at 11 a.m., the spring season remains in limbo. At some point, the season could end up being too short to complete. April 6 was the target mandatory school shutdown date in Whitmer’s first Executive Order. If that gets extended, more than just the spring sports season is in jeopardy. Schools may be forced to follow suit of colleges and cancel the remaining academic school year.