High school hockey is in a state of flux 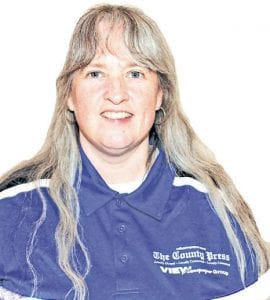 The postseason begins for area high school hockey teams Monday. For some schools, hard decisions might be on the horizon, as lack of numbers continues to put fewer than 10 kids on the ice.

Rumors floating around Lapeer even predict that this could be the last season for a high school hockey team. Curious as to what the numbers look like for next season, I pulled the rosters for the teams we cover in Lapeer and Genesee County. With the exception of Davison and Grand Blanc, all are co-ops. That means more than two schools have joined forces over the past several years to keep their hockey programs afloat. The majority of our schools will graduate at least six players off their squads. While that’s not uncommon each season, the major problem is that there are not nearly as many kids interested in playing hockey anymore and teams are playing with anywhere from seven to 10 kids because of injuries and ineligibility issues. Lapeer skated eight players plus its goalie in its pre-regional game on Monday because several were sitting out suspensions assessed from a bizarre officiating incident from its game against L’Anse Creuse.

I also reached out to the Michigan High School Athletic Association just to prepare for a no-hockey season at Lapeer. I know that would shock many with a very successful Lapeer County Hockey Association teaching kids at every level. Still, if the numbers aren’t there, Lapeer could find its hockey program on ice, literally. It might not be the only school to put a temporary hold on its high school program.

Tom Rashid at the MHSAA told me that hockey has the most co-op teams of any other sport, all seasons inclusive. The co-ops are in place to provide hockey where it might otherwise not be available. Goodrich used to be a standalone hockey program, and a good one. Numbers set that program on ice many years ago and local schools formed a co-op with LakeVille and Goodrich, with Imlay City, Almont and North Branch in the mix. In past seasons, Dryden had several kids on the team.

Rashid said that rules are in place to prevent schools from forming a powerhouse program. Notably, no co-op can have a combined enrollment greater than 3,500. The Alliance’s current enrollment is 2,820. If Lapeer were to decide that it can no longer offer hockey, the program would have to fold first and foremost. Only then could Lapeer reach out and try to form co-ops with other schools. With an enrollment of 1,932, Lapeer would have to find a school with a low enough enrollment not to exceed that 3,500. That rules out Davison (1,668), which is skating with numerous freshmen on its roster. The United, formerly KBH (Kearsley, Brandon, Holly) added Lake Fenton this year to try to bolster its numbers. That co-op now stands at 3,248. Swartz Creek/Clio/ Flushing, also suffering from low numbers, sits just below the 3,500 mark after dropping Clio from its co-op.

So, where would that leave Lapeer? Flint Powers has an enrollment of 647 but its strong program is likely going to stand alone. Mt. Pleasant sits at 1,065 and Pontiac Notre Dame Prep 749. Rashid noted that there is allowance rule that would allow any school that drops hockey from its offering to get a three-year allowance to exceed the 3,500 enrollment mark. That still puts schools at a disadvantage as they take a long, hard look at their hockey program and what’s in store over the next couple years. It’s a numbers game and logistics has to be considered. Hockey is expensive enough without adding in long travel times. That’s sometimes just enough of a deal breaker for the parents.

It’s an interesting scenario playing out across the area for the hockey schools. We’re certainly keeping an eye on the situation and will keep you updated as we learn what each program has in its plans going forward.