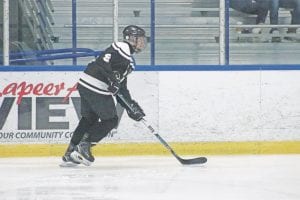 Cody Harburn and the Swartz Creek/Flushing Pride hockey team opened up the postseason on Wednesday after VIEW deadlines. They went up against Midland at Bay County Civic Arena in Bay City. Midland opened the tournament with a 6-1 win over Bay City. The other regional semifinal will be between Saginaw Heritage and the Bay Area Thunder. Heritage disposed of Alliance (LakeVille, Goodrich, North Branch, Almont, Imlay City) in the first round. The regional championship is Saturday at 5 p.m. at Saginaw Bay Ice Arena. – B.P.