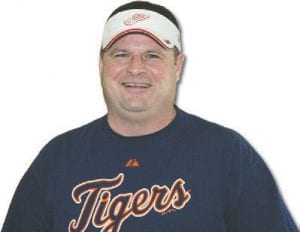 The All-Star break is upon us and the Detroit Tigers go into the break a solid 6 1/2 games up in the American League Central. They closed out the first half of the season taking three of four from the Kansas City Royals. Why have the Tigers played so much better on the road this year than at home? That’s a good question. Detroit only played three games over .500 at home. This trend needs to change in the second half of the season. When October baseball games roll around you want home games and you need to play well at home. At the All-Star break I always take a look at the National League and American League division races and give my second half predictions, so let’s get started.

The National League Central will be an awesome race. There are four teams who can emerge as winners: The Pirates, Cardinals, Reds, or Brewers. The Milwaukee club has had the lead for the first half, but went into a tailspin the last two weeks. I will fade the Brew Crew in the second half. The Reds are up and down and I never know what team is showing up on a nightly basis. Let’s fade the Reds. The Pirates have stumbled and bumbled around for much of the first half after making it to the playoffs last year. This team has a strong chance to win the division in my opinion. However, in the end, it will be the St. Louis Cardinals on top come October. It seems like the Cardinals are always in the playoffs, doesn’t it?

I love the starting pitching the Cardinals have and they were injured early but getting healthy now. Deal the Cards in come October!

The National League West is a two-team race between the L.A. Dodgers and San Francisco Giants. The other three teams are 13 games or more below .500 for cripe’s sake. The huge Dodger payroll should carry them in this division. Oh, and they have some guy named Clayton Kershaw! He alone gives the Dodgers the edge here. The Giants are another no-hitting ball club. They’re overachieved so far. I really think the Dodgers pull away in this division come September.

The American League East is wide open between the Yankees, Orioles and Blue Jays. Do you want a winner? I say pick a team out of a hat. I have no idea who wins this mess to be honest. I will go with the Baltimore Orioles. The Yankees pitching is awful. The Blue Jays have already peaked. The American League Central is the Detroit Tigers’ division to lose. Detroit has the most talent and is the best team in the division. No excuses for the Tigs if they don’t win this Central Division.

The American League West is another two-team race between the L.A. Angels and the Oakland A’s. The Angels are playing like everyone thought they would last season. The A’s have a great ball club, too! The A’s made a move for starting pitching and it should be the difference. Whoever doesn’t win the division will be the wildcard team.

Germany wins the World Cup! I picked them last week to win it and they made me look good on that selection. It was a good World Cup finals match as Argentina gave Germany all it wanted in this soccer match.

LeBron is back with the Cleveland Cavaliers, where he belongs, in my opinion. I believe he will take the Cavs to the NBA Championship, but more on that next week. thefatguy@mihomepaper.com