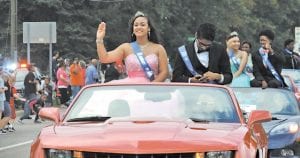 FLINT TWP. — Rain threatened but held back until about an hour after the annual Carman-Ainsworth Homecoming Parade made its way down Van Slyke Road to Maple Avenue last Friday. This year’s theme was Throwback/90’s Cartoons and floats featured classic icons including Scooby Doo, anchoring the Seniors float; Teenage Mutant Ninja Turtles riding high on the Juniors float; Dexter atop the Sophomore float and the Rugrats on the Freshman float.

Convertible cars in the parade carried members of the King and Queen’s Court and also Faith McBride, media specialist for the high school and middle school, who was the parade grand marshal. 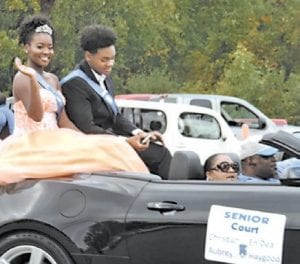 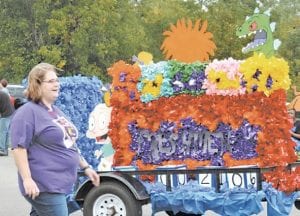 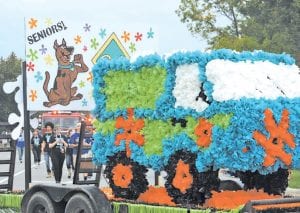