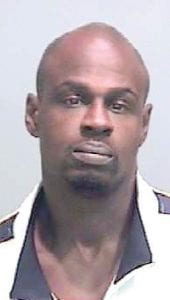 FLINT TWP. — After holding a hostage in a four-hour standoff with police at a downtown Flint motel on Sunday, a 44-year-old man was taken into custody in connection with a double homicide at Clovertree Apartments.

Early Saturday, township police were called to 3417 Clovertree Lane where they discovered the bodies of Charles Ferman Woodson, 78, and his daughter Phyllis Olivia Woodson, 53 at the residence.

At that time, investigators identified as a person of interest Marcus Darnell Lanes, who is said to have previously had a relationship with Phyllis Woodson.

Lanes was located Sunday at the East Village Inn, 318 E Court St, in downtown Flint where police have said he had a hostage and was armed.

With City of Flint police assisting, streets surrounding the motel were cordoned off and campus police at the University of Michigan-Flint issued a warning to students and staff to avoid the area.

City and township police attempted to negotiate a peaceful surrender. But officers forcibly entered the room around 4 p.m. after hearing sounds of a struggle inside, according to Flint Township Police Chief George Sippert who spoke to media at the scene after the suspect was taken into custody.

Details about the homicides and arrest are sketchy pending further investigation and arraignment of the suspect on Wednesday.

Township police Sgt. Jim Baldwin said a press release will be issued after the suspect is arraigned.

Lanes is a parolee through the Michigan Department of Corrections and is also wanted in the State of Georgia on a probation violation.