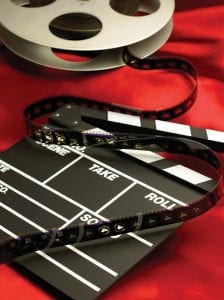 A re you a scary movie buff? Do you relish in the building music and the jump-out-of-your-seat moments that unleash from you a primal scream? Many people share a love of scary movies and have made the horror genre one of the most popular.

No month of the year celebrates horror movies more than October. Each October, movie theaters, television stations and viewers count down to Halloween with flick after flick featuring gore, suspense and pure horror.

Horror film fans can trace scary movies’ origins back to the late 19th century. Some credit silent film pioneer George MŽliŽs with creating the first horror movie, which was titled ‘La Manoir du Diable (The Manor of the Devil).’ Japanese filmmakers also were instrumental in popularizing the horror genre.

Popular literary characters, from Dracula to Dr. Frankenstein’s monster to Mr. Hyde to Quasimodo, have appeared in horror movies. Many horror movies have focused on the end of the world and the occult. Psychological horror movies also have proven quite popular with audiences, as have slasher movies, which became quite popular in the 1980s and 1990s.

Many horror movie fans have a favorite subgenre, but many also will gladly watch any flick that puts a scare in them. Some horror movies have had more box office success than others, and the following are some notable horror movies that put a scare in viewers and some dollars in their producers’ pockets (figures courtesy of the Internet Movie Database).

• ‘World War Z’ ($202 million): A zombie pandemic is set to cripple the world, and one man races against time to stop it.

• ‘What Lies Beneath’ ($155 million): A woman believes her Vermont home is haunted by a ghost.

• ‘Gremlins’ ($148 million): This tale of pets that boast some unusual qualities became a cultural phenomenon in the 1980s.

• ‘The Blair Witch Project’ ($141 million): When three film students disappear after investigating the legend of the Blair Witch, their documented footage sheds light on their fate.

• ‘The Silence of the Lambs’ ($131 million): Few filmgoers can forget Anthony Hopkins’ Oscar-winning turn as Hannibal ‘The Cannibal’ Lecter, who works in conjunction with naive FBI cadet Clarice Starling (Jodie Foster) to catch a vicious killer on the loose.

• ‘The Ring’ ($129 million): This film is a remake of a classic Japanese ghost story and made many viewers want to avoid their televisions after watching it.