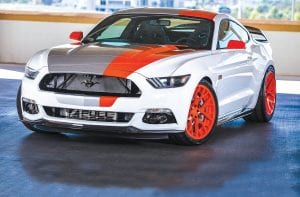 DEARBORN, Mich. – Ford Mustang, Ford Focus and Ford F-Series are officially Hottest Car, Hottest Sport- Compact and Hottest Truck of this year’s Specialty Equipment Market Association show. The SEMA award recognizes the most popular vehicles the organization’s members feature in their displays at the week-long event. 2015 marks the first time any OEM has won three of the coveted awards.

Before this year’s show opened, SEMA officials walked the floor of the giant after-market expo and counted the number of new cars and trucks exhibited. More Mustang, Focus and F-Series vehicles are on display than any other car or truck.

“Winning SEMA’s hottest vehicle awards for Mustang, Focus and F-Series is a great affirmation of the popularity of Ford vehicles with this trend-setting part of the market,” said Dave Pericak, director, Ford Performance, who accepted all of the honors at the annual awards breakfast. “We’re proud the after-market has embraced these three vehicles with as much enthusiasm as our customers invest to personalize their Mustang, Focus and F-Series.” 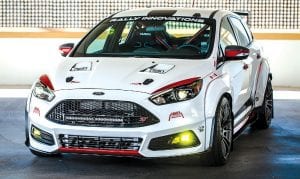 Ford Focus won Hottest Sport- Compact of SEMA for the first time as the car’s popularity with the after-market grows. Mustang and F-Series each have multiple wins – a testament to the popularity and appeal of Ford vehicles. 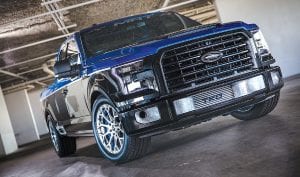