How do you perceive death? 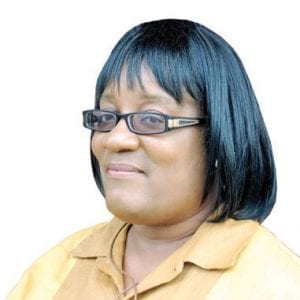 That question starts a conversation most people don’t like to have, according to Dr. B.J. Miller, executive director of San Francisco’s Zen Hospice Project that specializes in end-of-life care.

Having cared for thousands of dying people, Miller has identified two key helpers – love and perspective. Being loved speaks for itself. The perspective part is where many of us struggle.

Foremost on my mind today are two men I greatly admire who are likely facing imminent death.

Both are named James. Both are deeply religious Southern gentlemen, married to one woman for 60-plus years. Both are 90 years old with 91st birthdays coming in October. Both faced a health crisis in late August that challenged my perspective on death. Truth is, I mentally prepared myself for both of them to have passed on by now.

But as I write this, despite a bleak medical outlook, both are hanging in there,

One of these men is former U.S. President Jimmy Carter and the other is my maternal Uncle Bubba.

President Carter announced on August 20 that stage four cancer has spread to his brain and liver. But with his usual aw-shucks charm and humor, Carter calmly announced his condition at a press conference.

“I just thought I had a few weeks left, but I was surprisingly at ease,” Carter said then. “I’ve had a wonderful life. It’s in God’s hands. I’ll be prepared for anything that comes.”

Now that is an admirable perspective.

I drew strength from his brave outlook to help face my personal crisis with my uncle who was hospitalized in late August and termed “non-responsive.”

This is the oldest living person on my mother’s side – the president of our family so to speak, who is respected for his wisdom and sense of humor. He is dying primarily of natural causes – an old body that is just about worn out.

It will be so hard to say goodbye. But as I write this, he has rallied and is now in rehab. Every day is a struggle and an insult to his dignity. I don’t know if he is “at peace” with dying because he is a stiff-upper-lip kind of man who has always been the pillar of strength that helped everyone else keep it together in crisis. He won’t talk about it.

President Carter announced last week that his cancer treatment is going well. He sounded upbeat and did not look or act like an elderly man battling stage four cancer.

Critics focus on President Carter’s failures as a president but I will remember him as a humanitarian and a good man.

My wish for him and my uncle is a peaceful, dignified transition and I am hoping the same for those of us left behind. rsanders@mihomepaper.com