How organ donations touch the lives of many

March and April are significant months for Gift of Life 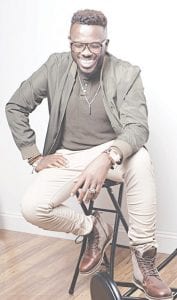 GENESEE COUNTY — With March being National Kidney Month and April is Donate Life Month, organ donation awareness is in the spotlight right now.

But for those who have received an organ donation, are waiting for one or those who are living donors, it is a topic they think about year-round.

Lynette Bailey, 63, of Goodrich said she is constantly reminded of the gift she gave to a family friend in January 2006, when she donated a kidney to him to save his life.

“It was a lifechanging event for more than just him and I,” said Bailey. “There was more than just two people involved – it affected family and friends.”

Her friend’s name was Jim and he was from Ortonville. Lynette and her husband knew Jim through the Flaming Pistons car cruising club of Oakland County.

She said she’s known him for nearly 40 years when they learned he needed a transplant due to polycystic kidney disease.

Jim, she said, was struggling to find a donor because family members were being turned away due to failed matches in blood type or pre-existing medical conditions. 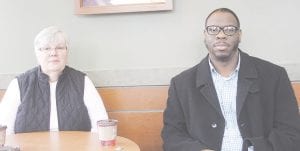 So, when Bailey offered to be tested, she said she knew from the beginning she’d be a match.

The surgery was performed at Beaumont Hospital in Royal Oak and Bailey said she was impressed at how concerned the medical team was with her wellbeing during and after the surgery.

She said that while she should have been petrified of having the surgery, she said a calm came over her and she decided everything was going to be all right.

“Everybody in the waiting room was nervous, but not Jim and I,” said Bailey. “We were calm. It was the right thing and we were a match for a reason. It was a very humbling experience.”

Both recovered and Jim went on to have another 8 ½ years with his family before he died as the result of an automobile accident.

Bailey said she went back to life as usual, and while she recovered from the physical aspect of the surgery, emotionally she was forever changed. She has continued to support organ donation as a volunteer for Gift of Life and is a registered organ donor.

Armond Baskin, 38, of Flint currently finds himself awaiting a kidney transplant after learning in recent months he suffers from renal failure and has been put on dialysis.

A scratch on his eye sent him to urgent care on July 5, which led to his hospitalization until July 26 after medical personnel discovered he suffered from extremely high blood pressure and diabetes.

He is undergoing testing right now by Henry Ford Medical Center in Detroit to determine his eligibility to be placed on the organ donor recipient list.

Baskin, who is African American, said the reason his conditions were never caught is because there is a mistrust of the medical profession in his community.

Shalonda Griffin, Gift of Life representative for Genesee and Saginaw counties, said many black Americans have the mindset that organ donations only go to “rich white people.”

She said she has worked hard the past two years since joining Gift of Life to change some of those misconceptions in the black community.

“I urge people not to throw the baby out with the bath water,” she said.

Baskin said his life currently involves going to dialysis treatments throughout the week. He said he puts himself out there, with dialysis and the prospect of a kidney transplant, for his kids.

“You realize how important family is, that structure is important,” said Baskin. “My two-year-old, its hard to explain why I don’t have the energy I once did.”

He also called dialysis a “very lonely process” because he does it mostly alone and it’s something many people don’t understand because they haven’t experienced it.

Londel Cook, 36, of Saginaw said he knows what Baskin is going through because he experienced similar conditions when was in renal failure.

Cook has since received a kidney transplant approximately one year ago and it changed his life, he said.

He suffered from hereditary hypertension for a while and didn’t know and additionally he said he contracted HIV in 2005. The disease attacked his kidney and pushed him into renal failure, which required him to undergo dialysis for 12 years. He ended up getting a kidney in March 2019.

Cook said over those years he underwent a couple types of dialysis and had several surgeries to his arm after his artery was damaged. During these struggles, he said he attended church at Kingdom Life Ministries International, led by the Bishop Al Vernis Johnson and wife Shantell. Also attending the same church was a woman who, when her brother passed away of bacterial meningitis, remembered Cook and his need for a kidney.

The sister, Annetta Williams, wanted to donate his organs and mentioned Cook’s name because she remembered he needed a new kidney, he said. A Gift of Life representative got in touch with Cook after they found out the woman’s brother was a perfect match for him.

Williams, he said, refused to allow the kidney, or any other organs to be donated, unless her wish for Cook to receive the kidney was granted.

“It was amazing,” he said. “I wasn’t even on the transplant list. When the kidney became available the hospital had to forego the procedure to expedite my listing. They tested my kidney tissue and his while he was on life support and found he was a match.”

After that, life support was ended, and Cook received his transplant on March 27.

“I was very humbled and almost speechless,” said Cook. “I don’t really have the right words. I was in my situation for so many years, you build your life around that situation, and to be out of that is a shock.”

He said he experienced no complications from the procedure, and he added that doctors noticed the minute they finished grafting in the new kidney, Cook started urinating immediately – something he hadn’t been able to do for a long time.

Cook said he plans to have a party to celebrate the anniversary of his transplant next week, but it won’t be a celebration of his new kidney, but for the life of his donor.

“I want to invite friends and the donor’s family as well,” said Cook. “They’ll think we’re celebrating my one year, but it will be a surprise for them – it’s all about them.”

He said he always felt like I wasn’t going to get a kidney, because he thought his own would heal and he would be healthy again. But he said he also had faith and believed that he was not going to be on dialysis for the rest of his life.

“Being in dialysis so long you see so much hopelessness, those people seem so defeated,” said Cook. “I’ve always active in the community. I wrote book and recorded an album on dialysis. Let this be a mental reminder this is not the end.”

He said he got through his ordeal by having a positive outlook and his faith in God. He said it is easy to feel dependent and like you’re by yourself but Cook said he believes his relationship with God was crucial to his recovery.

“No matter what (life) looks like right now,” said Cook. “If you can see in your heart and mind you will see in your hand.”

Anyone can join the Michigan Organ Donor Registry at golm.org.