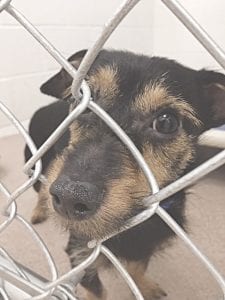 Hosted and coordinated by the Humane Society of Genesee County, Paws on Parade will take place at the Warwick Hills Golf & Country Club in Grand Blanc on April 28. The event will feature silent and live auction items, a visit from shelter animals and the unveiling of the Humane Society’s retrofitted Cruelty Investigation/ transport van.

All proceeds from Paws on Parade will benefit the animals at the Humane Society of Genesee County, with a special focus on raising money for new kennels at the shelter.

“This year, we hope to raise funding to replace our aging kennels, which are about 30-years-old,” said Terry Ashley, the event and volunteer coordinator for the Humane Society of Genesee County. “The cages we need are constructed of tempered glass and stainless steel mesh.”

Ashley said that the Humane Society’s current kennels are showing signs of rot and deterioration, posing a potential risk for staff, volunteers and animals.

“In addition to being more visually attractive, the new cages are more resistant to rotting and will stay cleaner,” she said. “An anonymous donor has pledged $12,500 as a match (for the new kennels) if we are able to raise the initial $12,500.”

Last year, the Human Society raised $80,000 from Paws on Parade, using the funds to build a pavilion and dog park behind the shelter. Altogether, the Humane Society is hoping to raise $73,000 in 2019.

Ashley said that attendance has grown exponentially for the event, drawing hundreds of animal supporters and local VIPs. She is encouraging people to get their tickets early before the event sells out and to bid for live auction items, which will include a trip to the Florida Keys, a private historical photo tour to Charleston, South Carolina and a custom designed and built grand doghouse.

Registration for Paws on Parade starts at 11:30 a.m. Champagne and a buffet will be served at noon. Tickets are $100 each and will soon be available for purchase on the Humane Society of Genesee County’s website.