I Chews the Blues festival returns 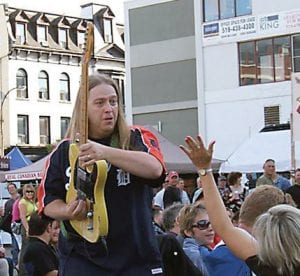 DAVISON — Marguerite King-Goodall wants the community to know I Chews the Blues will return again for a sixth year and it will continue to support Davison Care & Share.

Davison’s premier Blues festival is scheduled for Aug. 6 at the Davison Eagles on M-15 in Davison and will feature nine bands this year.

While King-Goodall, festival coordinator, said making sure people know I Chews the Blues is returning, she said it is also critical people know Davison Care & Share is still here.

“We want people to know Care & Share is still alive,” she said. “We’re still having it, we are still collecting for it and it will be at St. Dunstan’s Church (in Davison Township) again this year.”

Care & Share has provided food, clothing and toys for families in need around Davison for more than 30 years. Founded by Jim and Linda Sherman, the charitable organization collects money and items to distribute at Christmas each year. 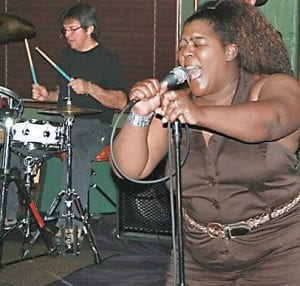 I Chews the Blues is the organization’s only real fundraiser throughout the year, said King-Goodall.

“This is going to be an excellent line-up,” said King-Goodall.

The festival begins at noon under the tent at the Davison Eagles and will feature almost non-stop entertainment until approximately 11 p.m. when the last band wraps up.

David Boyd will again be the emcee, Kenny Kelts will again be stage manager, Michigan Sound will handle all the sound for the concert and Valley Tent Rental will provide the tents.

King-Goodall said the Davison Eagles also deserve credit for hosting the event and everything else they do to make it a success each year. 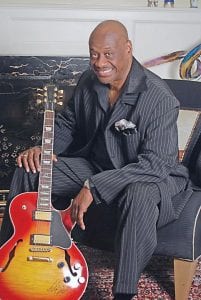 Robert Penn, Blues gentleman, will be a part of this year’s festival.

Food and refreshments will be available along with raffles and a souvenir stand where keepsake items may be purchased. Tickets are $15 and are available at the Davison Eagles.