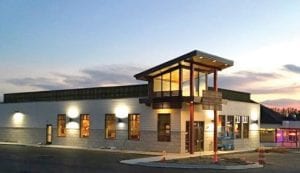 Judging by a constantly full parking lot every day, it appears that the community is welcoming the new iHop restaurant with open arms and empty stomachs.

FLINT TWP. — Mixed but mostly favorable reviews are coming in on social media for the long-awaited iHop restaurant at 3227 Miller Road, which opened last week.

Giving a one of five stars rating, one reviewer said: “Came the first day… my husband was served cold biscuits and gravy. We didn’t see our server to ask to warm them up… second time… 7:30, more than half of the restaurant has empty tables, – half hour wait at the door. You would think a highly anticipated restaurant would be over staffed the first week or so of opening…. not this place. Maybe we will try again when they get their crap together.”

One of the reviewers giving five stars said: “Great atmosphere, great people, great service and even better food! Gonna be here for a long time!”

Trinity Restaurant Group, the California-base d developers of the restaurant, did not respond to a request for information about staffing or hiring.

The township Planning Commission approved redevelopment plans that included tearing down an adjacent vacant building to make room for more parking. That building operated for many years as a Wendy’s and most recently was a Happy’s Pizza franchise, which closed in 2013. Plans also call for extensive landscaping and restructuring the parking lot.

But contractors ran into some structural issues with the trusses and foundation of the Scallopini building which resulted in it being completely gutted and rebuilt.