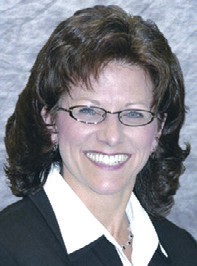 FLINT — Michigan Association of Health Plan’s most prestigious award, the Ellis J. Bonner Outstanding Achievement Award, was given to Kathy Kendall, president and CEO of McLaren Health Plan, with headquarters in Flint.

Murdock told the award presentation audience that the award recognizes a MAHP member who has been nominated by colleagues based upon exemplary service, leadership and contributions to the managed care industry and community.

Murdock cited Kendall as “a champion for various local programs to address cultural and racial disparities in health care,” and noted she and her company have “provided leadership and sponsorships for numerous community-based programs.”

Kendall has been president and CEO of McLaren Health Plan since the company began in 1998. In that time, Kendall has helped the plan evolve to offering health insurance to commercial employee groups and Medicaid residents throughout 28 Michigan counties. Her leadership has been a catalyst for McLaren Health Plan’s rapid growth and success. — G.G. Smoke-free apartments media campaign begins

GENESEE COUNTY — Radio and billboard ads regarding smoke-free apartments began Aug. 1 and will continue through September. Work on smoke-free housing began back in 2005 when Genesee and many other counties started to see an increase in calls from tenants regarding secondhand smoke seeping into their units.

The ads prompt interested persons to visit www.MISmokeFreeApartment.org to find out more about smoke-free options for tenants and landlords in Michigan.

FLINT TWP. —Jan Elcoate, formerly a stylist for Cyril Spa on Miller Road, has moved to Grand Blanc’s Salon Element, G-5362 S. Dort Hwy., just north of Hill Road. With 18 years experience, Elcoate’s professional hair care skills include the latest cutting edge styles, coloring, haircuts and eyebrow shaping. She is a graduate of Bendle High School and a former salon owner from 1995 to 2008. She is accepting appointments at 810- 953-5500. — R.S.