In her own words 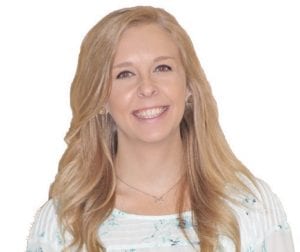 T o start off, I’m a recent graduate of Oakland

University, with a degree in journalism. I graduated from Lapeer East in 2010, and I’ve lived in the Lapeer area my whole life.

Sports are something that have been a part of my life for as long as I can remember. Whether it’s been watching my older brother play football, playing sports myself, or just watching games on TV, they’ve always been there playing a huge role.

Some of my favorite memories involving sports are watching my brother in countless games and tournaments when I was younger. My family and I traveled to his karate tournaments, witnessing him win trophies at each and every one. I went to every baseball game he ever played in. But the most memorable moments watching him are definitely from his senior year playing football for East when they won Metro League Champs for the first time. To say the least, he was my sports idol when I was younger.

I grew up playing multiple sports myself, having done everything from basketball and softball to archery league and hunting, and many in between. I specifically remember playing on a roller hockey league at the age of seven, and just having my four front teeth pulled shortly before team photos were taken and being proud of the fact that I looked like a real hockey player due to the missing teeth.

When I lived at college, my floor mates often found me in my room watching Patriots football during weeknight games, in my Rob Gronkowski jersey, of course, and yelling at the TV. I’m pretty sure I drove my roommate crazy with it and she was happy I went home on weekends to watch football with my family.

I’m a huge New England Patriots fan, to the point that it’s an obsession, and once football season hits, I plan my weekends around games. I spend every Sunday watching NFL games with my mom, yelling and cheering at the TV, and sometimes even crying. My dogs can never get a moment of peace on Sundays, getting annoyed when we bother them with our yelling. I’m also a pretty big Red Sox and Bruins fan, too. I mean, don’t get me wrong, I do love Detroit teams, I just love my Boston teams more.

I even took a 10-day Patriots and Red Sox centered trip to Boston with my mom last summer. We saw a Red Sox game at Fenway with front row, center field seats. It was any baseball lover’s dream. We also spent four days at the Patriots training camp, where I met many of the players. But my next goal is definitely to go back and see a Patriots game.

That’s just the beginning when it comes to my love of sports. I really look forward to covering all the local sports here at the County Press and View and gaining many great experiences in the process!