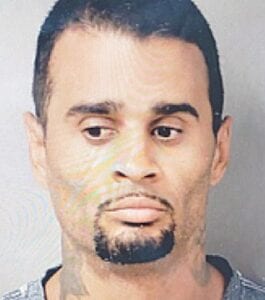 FLINT TWP. — A murder suspect wanted in Isabella County is now in police custody after traveling to Flint Township earlier this week.

According to Flint Township Police, Isaiah Gary “Zeke” Gardenhire surrendered himself to authorities Monday night at the Sunoco gas station at Linden Road and Lennon Road. Police made the arrest without incident shortly after 11 p.m. and turned Gardenhire over to the Michigan State Police just before midnight.

Gardenhire, 40, was wanted for a murder and sexual assault that was reported on Sunday in Union Township outside Mt. Pleasant. Police said that Gardenhire is suspected in the stabbing death of a juvenile girl and an alleged sexual assault of an adult female as part of the incident.