It doesn’t cost to help make a difference 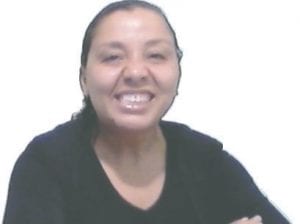 I once felt it was useless to strive to make a difference without having lots of time or money. Recently, I discovered it doesn’t take much of either to do something positive.

Since the beginning of summer, I signed 12 animal rights petitions. Years and years ago, I thought I was being nice to my dog by letting him ride with me to run errands and left him in the car for 10 minutes while I ran into the convenience store with the windows down about a quarter of the way. When I got back to the car, to my surprise, I had a citation on my window for animal cruelty and was required to complete volunteer hours at an animal shelter. Although shelter volunteers admitted to doing the same, I found out leaving my furry pal in the car in near 80-degree weather could have caused terrible consequences and I would have wanted someone who knew better to rescue him from a hot car first. In heat, dogs’ cells start dying, the brain swells causing seizures, lack of blood supply to the GI tract creates ulcers and dehydration leads to irreparable kidney damage-all within minutes. Heatstroke can also result.

In Australia, if a person breaks the window of a car to rescue a dog that person could be prosecuted for ‘intentional or reckless damage,’ five to six years of imprisonment if found guilty. The petition available on Care2Petitions would call for an enforceable law protecting those who rescue helpless animals from vehicles. The goal of the creator of the petition was to get 340,000 signatures. At least 334,997 signatures had been collected when I last checked. These numbers give me hope the goal will be accomplished, and together with others, we can make an impact.

In Los Angeles, a person adopted a bit pull mix at a free adoption event, abused and possibly raped her for two weeks, then dumped her in a ditch. The dog died of an aortic rupture the next day due to chest trauma. The goal of the petition starter was 130,000 and again people rallied together and are already close to that goal-with at least 128,381 signatures.

I don’t just care about dogs. I signed another petition about an Indiana animal shelter director telling staff to freeze cats to death, one about an elephant being beaten into submission to give rides to the public and others; all through Care2Petitions, which also features petitions for children’s rights, civil rights, the environment, politics and many other causes. I also gave blood for the first time this summer and feel it’s something I will do again because I want to save lives or better the quality of life for children and other adults. Signing all the petitions and giving the blood took about two hours total and costed nothing. So, there’s no stopping any of us from living a life that makes a difference. We just need to decide what kind of difference we want to make.

Tanya Terry is a staff writer for the View Newspapers. Contact her at 810-452-2645 or email at tterry@mihomepaper.com.