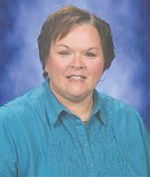 FLINT TWP. – The Homecoming Week celebration is well underway at Carman-Ainsworth Schools leading up to the big parade and Powder Puff game on Friday and the big football game and dance on Saturday.

This year’s theme Is “Under the Big Top” Cavalier Circus. The freshmen parade float will feature Circus Treats; the sophomores will recreate the Big Top; juniors will play with Lions/Lion Tamers and the Seniors will showcase Clowns.

All week at school, students have participated in theme days starting with Kooky Clothes Day on Monday; then on to Nerd Day on Tuesday; Animal Day on Wednesday, Circus Day on Thursday and Class Shirt/Spirit Day on Friday.

The Homecoming Court has been chosen and voting took place on Wednesday for the Homecoming King and Queen who will be revealed during halftime at the game on Saturday.

Look for area roads to be closed during the annual Homecoming Parade scheduled to take place from 4:30 p.m. to 5:15 p.m., starting at South Baptist Church on Van Slyke Road, south of W. Bristol Road, and proceeding south to W. Maple Road and east to Carman- Ainsworth Middle School.

Ronda Miller, athletic office secretary at the high school, has been chosen as this year’s Grand Marshal. She is a 1982 graduate of Carman High School and has worked for the district since Carman and Ainsworth merged in 1986. She is very proud of being the only high school staff member who has been there from day one of the merger, she said.

“I have considered “C-A” home since the Fall of 1986 and there is no other place I would rather be.” Miller said. ” I have met many great students and staff that are special to me.”

The parade will be followed by the Powder Puff Game from 6-7 p.m. at the middle school stadium. The annual football game pits senior girls against juniors.

On Saturday at 1 p.m. the boys’ varsity football team will take on Bay City Central. Then the week of celebration concludes with the Homecoming Dance from 7:30-9 p.m. at the high school.